Where are our protest songs?

I recently watched the film London Town, a coming-of-age drama set in 1970s London and directed by Derrick Borte. It reminded me of what music could do, of what music is supposed to do. In the film, Shay Baker (Daniel Huttlestone), is a sweet little teenager growing up in the tiny town of Wansted, a train’s ride away from London. As with many small towns, Wansted might as well be a world away — but its proximity to London is significant. Shay takes the train into the city for various errands and, along the way, discovers The Clash and the London punk scene. These various discoveries propel him into manhood. They give him the strength to stand up for himself, in front of his parents but also in front of various bullies, metaphorical or otherwise.

I wasn’t in London in the 1970s, but I remember Washington, DC during the early 1990s. I remember the thrill of Positive Force and the bass lines of Fugazi. I remember what it felt like to have music make you feel alive, make you angry, make you energized, make you want to fight and stand your ground and defy. 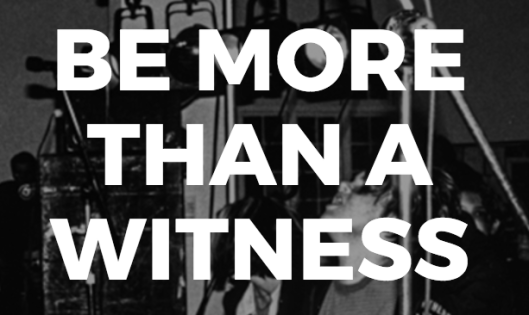 Music pushed me to stand up for myself.

London Town captures that feeling of connecting to something larger than yourself, of playing a song over and over as you tried to drink it in, trying to mainline the music to become a bigger, stronger version of yourself. I remember what that felt like. I remember moving the needle on the record player, or hitting rewind, starting the song over and over, as I tried to drink it in.

I can’t even stand the radio these days.

I remember discovering Nirvana. And Nine Inch Nails. And Nitzer Ebb. And KMFDM. I played those albums over and over. I tried to drink them in.

What have we got now? The people are angry, so why isn’t the music?

Where’s our N.W.A.? Where’s our Public Enemy? Where’s our critical commentary on current affairs, cleverly arranged on top of a driving bass line and a killer tempo?

I made myself a “protest playlist” after the election. Nothing on it is remotely recent. It’s basically what I was listening to in high school, twenty years ago. And even then, a lot of it wasn’t new.

Where are the musicians giving us a soundtrack to these troubled times?

But instead, we just have autotune.

The people making music want to get rich. They want to appeal to the lowest common denominator. They want as many downloads as they can get. They don’t want to make anyone angry. They saw what happened to the Dixie Chicks, and they learned how to make nice.

So instead we’ve got actors making political statements, and the musicians are strangely silent.

I wish Joe Strummer was still around. We need fewer slogans and more truths.

2 thoughts on “Where’s the Music?”