The Cure’s “Pictures of You” came on last night, and instantly I was propelled back in time twenty years, to my senior year of high school. I remembered those late night drives, alone in my car, alone with The Cure, the sound of those keyboards, that jangly guitar, that bass, washing over everything, connecting me to something beyond those suburban streets.

I remember my first trip to a goth club. It was the Roxy, just off Dupont Circle, in downtown DC, and Wednesday nights were the goth night. Inexplicably, every other night was reggae, but Wednesday was taken over by the kids in black, by the girls in velvet and corsets, by the boys with Robert Smith hair. You never really saw what people looked like because everything was hazy — not because I was drunk (I didn’t drink back then) but because of the lights and the smoke machine. Everything was surreal, twinkling lights and iridescent fog. Everyone was beautiful. Everyone seemed connected, on the dance floor, by the music, by our aesthetic choices, by our sense of ostracization from the rest of the world.

I embraced that scene like nothing I had ever embraced. I ordered rare imports from the UK through Tower Records. I spent hours at Smash Records in Georgetown flipping through compilations and LPs, listening to the conversations around me, looking at the safety pins and the Doc Martens and the mohawks, and loving every minute of it. It was so different from the banality and homogeneity that filled the rest of my life. This was before the internet. This was when you bought things in person, tangible things, like CDs and LPs, and the actual object was as precious as the experience of buying it. You felt like you were part of something, not because you liked it on Facebook, but because these people surrounded you, dressed like you, and listened to the same music you did.

These people may have been a clique of a different kind, but I would have taken them over cheerleaders any day. These were my people.

Even though it may seem on the surface that our primary bond was our shared love of The Cure and Skinny Puppy and Bauhaus, it was deeper than that. These were people who may have followed the rules of their respective status quo (our uniforms of combat boots and velvet skirts and bondage pants may have seemed, to the outside eye, as limited and unimaginative as anything at Abercrombie and Fitch), but that was missing the point.

The point was that these people outwardly rejected the dominant status quo. These people embraced the label of freak. They were not afraid to be different and to wear that difference on their sleeve. They, like me, were probably the only ones in their schools or families or neighborhoods who looked and dressed the way they did. And that similarity in our dress and musical taste became a bond, a way of finding unity with others, creating a sense of community in lives that otherwise may have lacked precisely that.

I had always felt like the odd one out until I found that first Joy Division record, and I still remember the sensation of hearing needle drop onto vinyl, of bass lines that felt larger than life. There was more out there. I could hear it. And then I found The Cure and everything else fell into place.

Wednesday nights became a pilgrimage to worship at the church of the Roxy and DJ Mohawk Adam. I remember the night I wore a wedding veil and white slip and I danced on the stage, embraced by the music and the fog and the dancers around me.

I’ve grown up over the last twenty years. I no longer exclusively wear black. But part of me is still on that stage, in the smoke, and The Cure always takes me there. 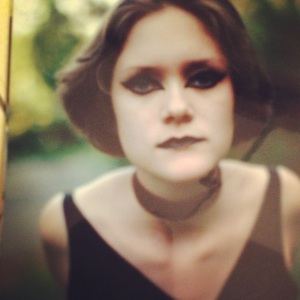 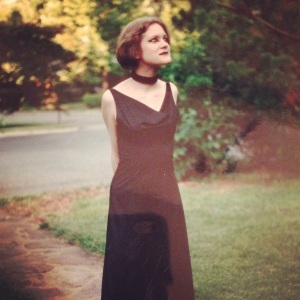 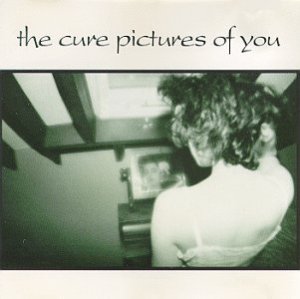