My favorite color is fuchsia. I call it fuck you pink. (Get it?)

I didn’t grow up in one of those households where everything I had was pink. I didn’t have twinkly stars on things, or pink glittery streamers on my bicycle. My mother never wore makeup so no one taught me how to (not only was I not encouraged to do so, but I was actively discouraged from doing so), combat boots were my shoe of choice for years, and despite a few illicit run-ins with lipgloss my freshman year of high school, the main makeup I wore in high school was the heavy eyeliner and black lipstick I wore to goth clubs.

In other words, i wasn’t programmed with pink. I wasn’t even especially programmed to be a girl.

And I was so busy being goth that I wasn’t even looking at pink. My poor mother bought me a pale yellow sweater once. I dyed it grey.

Until I started my all-girl punk band, and then the band t-shirts had to be pale pink (with baby blue for the boys). Because gender roles are built for irony. Because pale pink is desperate for reclamation by angry young aspiring lesbian rockers. Because pale pink was the perfect color for my East Village punk days.

I still wear the occasional pale pink, but it doesn’t excite me the way fuchsia does. Fuchsia, after all, is fuck you pink. It’s pink gone mental. Pink with power. It’s my favorite accent color. I’d say it has balls, but fuchsia is for girls.

The New York Times recently ran an article about pink toys for girls — specifically pink weapons — which of course renewed the persistent argument about why so many girls’ toys are pink. As Sharon Lamb, a child psychologist and play therapist who teaches counseling psychology at the University of Massachusetts, Boston, protested, “What I don’t like is the stereotyped girlifying of this. Do they have to be in pink? Why can’t they be rebels and have to be re-BELLES? Why do they need to look sexy when aggressing, defending the weak or fighting off bad guys?”

Okay, okay, let’s take a breath. First of all, I’m not sure that a pink bow-and-arrow is necessarily sexy, but more importantly, as Yael Kohen argues in her New York Magazine response, “when we treat pink — and the girls who like it — with the condescension that question implies, what are we really saying?…And what’s wrong with girly, anyway?  Rolling our eyes at pink feels like another way of treating female culture on the whole as a niche interest, somehow secondary to male culture — a.k.a. the mainstream.”

This is a crucial point, and it goes back to my earlier post about the use of the word bossy. Somehow this movement has evolved in which expectations of what it means to be a girl have become so strongly delineated that there isn’t any room left over for anything else. If you’re a girl, you shouldn’t be bossy (or at least find some socially acceptable euphemism, if you don’t mind). If you’re a girl, if you’re strong and empowered (note: not bossy), then you shouldn’t wear pink. You should preferably ban it from your house and your children’s wardrobes. Ideally, I suppose, everyone should just wear beige.

However, since pink is the most visible representation of girl culture, and yet we look down our noses at it, if we shriek that it is frivolous and diminutive, then aren’t we actually doing more harm than pink-washing everything feminine?

Perhaps the more radical move would be not only to embrace words like bossy but to embrace pink, to own it. To imbue it with the power and fierceness and complexity that being a woman entails. And if you’re anything like me, you’ll make fuchsia be your own personal fuck you pink. 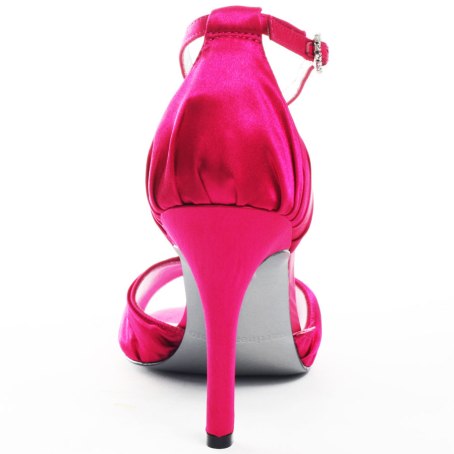