I thought it would be better when I got back to LA.

In some ways, it is. I haven’t heard an air raid siren since Saturday. Shrapnel isn’t likely to fall from the sky. The concept of war is not as aggressively in my face. I can no longer hear my mother’s nightly news blaring from the living room, images of destruction accompanied with political analysis and voiceover.

In LA, everything is quiet and sunny and warm.

But in some ways, that makes it worse. It’s like feeling asleep when you should be awake, or having that nagging thought that you are missing something very important. The anaesthesia is incomplete. I need more novocaine. I can still feel, but it’s hazy and confused.

Is there a war actually happening? Is there a hell beyond words existing in the Gaza strip right now? Are there tunnels of terror lined with weaponry and hate running into Israel? Are young and beautiful and brave soliders dying in defense of their country? Are miserable civilians continuing to be sacrificed in the crossfire?

I check my facebook news feed, and it’s a surreal experience. Images from the Israel Defense Forces are juxtaposed with people’s baby photos and artfully laid out dinner plates. My fellow Israel supporters post articles and editorials while everyone else posts photos of cats and sunsets. It’s a dizzying dichotomy. Which is more real?

I have to remind myself that both are. That both are merely different realities, but that, indeed, a bitter and dangerous war is being waged at this very moment, only it’s no longer outside my doorstep or over my head.

But there is another war that is waging and it feels uncomfortably close, and that is the venom I keep stumbling upon and with which I do not know what to do. The hatred for Jews feels more explicit, more confrontational, more toxic than ever before in my lifetime. Maybe it was always there, lurking behind the scenes and undercover, and this has merely served to expose it. Maybe social media makes it easier for people to hate.

One of the things that bothered me so much about the air raid sirens when I was in Israel wasn’t merely the knowledge that a rocket was on its way to me, but that a rocket had been fired in my direction by people who did not know me, who would never know me, and yet who hated me so much they wanted me dead. They wanted me dead because I identify with a religion and a people they despise.

God has never been very relevant to me. I do not see much difference between my God and any other God. But for me, religion has always been about community, about a shared legacy and a shared people. It has been about Passover and Hanukah and shared meals. Jews are my people because they are my community, and there are people who want me and them dead for no reason other than my faith.

How do I wrap my head around that in a sensible and analytical fashion?

When I hear about French jews, trapped in a synagogue, or whose businesses are being looted and burned, I know that I am no different. They would do the same to me if I was there.

When I get an email from my union at UCLA telling me that they have overwhelmingly decided to support boycotts and sanctions for Israel, I can’t help but take it personally.

There is a reason there is so much outrage about what Israel is doing in Gaza and so little outrage about what is happening in Palestine. You cannot convince me that outrage purely stems from an overwhelming love of the citizens of Gaza. If that were true, people would not be stamping on the Israeli flag and shouting death to Jews.

The head of Hezbollah has said that he hopes the Jews will gather in Israel so that he does not have to hunt us down globally. Hamas’s charter calls for the destruction of Israel. Terrorists spent years and who knows how much money building tunnels into Israel (they say each tunnel cost $3 million), they slaved and sweated and carted dirt for the single purpose of being able to kill Israelis — Israeli men, women, and children. 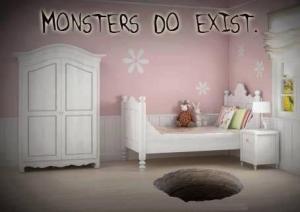 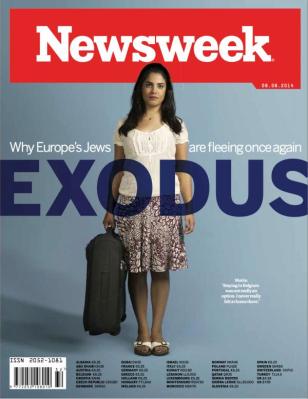 In LA, it may be easy to lose one’s self in the sun and the quiet, but what is happening is not all that far away. A recent Newsweek article details the rising anti-Semitism in Europe: “France has suffered the worst violence, but anti-Semitism is spiking across Europe, fuelled by the war in Gaza. In Britain, the Community Security Trust (CST) says there were around 100 anti-Semitic incidents in July, double the usual  number. The CST has issued a security alert for Jewish institutions. In Berlin a crowd of anti-Israel protesters had to be prevented from attacking a synagogue. In Liege, Belgium, a café owner put up a sign saying dogs were welcome, but Jews were not allowed.”

He’s talking about me.